‘Tis the eve of Brewsvegas, no time to be “dry”; so many beers we’re waiting to try!

This year we’re trying to be more sensible in our scheduling, attending a few events for “fun” and a few for “research” – although the lines are a bit blurry between the two!

Navigating our Brisbane brewery tours around all the events, tap takeovers, pints of origin (PoOs!) and the like can be hard work, especially when our base breweries won’t have their own beer on tap for the 10 days of the event! First world problems over here…

So far we have pencilled in the following events, in the off chance you want to join us for a brew or two:

Week long: Earn Your Sea Legs, Crossing the Bass Strait, and Fritzen Paired With Pork – we will essentially be eating our way around Brisbane with these food & beer pairings!

Friday 15 March: Blurb Your Enthusiasm @ Brewhouse Brisbane, Double Digit Duke-Out 2 @ Fritzenberger – at this stage we don’t have a Brisbane or Gold Coast brewery tour booked for this day, but we’ll see how we’re feeling after the launch party on Thursday night.

Saturday 16 March: Semi-Pro’s 1st Birthday Party! –After we get off work, of course! We are so excited this crew is turning one and vividly remember their soft launch last March. Keep banging out the great beers, Semi Pro!

Sunday 17 March: Day off for us (we did it last year and it was great) so we can attend the Breakfast of Champions @ Brewhouse Brisbane then wander around town checking out Floaty McFloatface @ the Burrow and testing our coordination at the 3-Legged Race between Newstead and the Osborne Hotel. This day will test our livers, so we may need some moral support (and people to remind us to drink lots of water). If you haven’t registered for the 3-legged race, there is still time. It will be wonderful and hilarious and chaotic and we can’t wait!

Monday 18 March: PoO and Journey to the Maltiverse @ Mongrel -The Journey to the Maltiverse is something we are looking forward to. A great exercise in appreciating malt, which has been overshadowed by the flavour and variety of hops, and an evening tasting beers brewed specifically for this event. Plus we get to hang out with amazing brewers and have a bit of a yaffle, which is always a bonus!

Tuesday 19 March: Time to defend our honour as reigning champions after winning last year’s Brewers Trivia, which is at The Mill this year. An entertaining night with general trivia and “how well do you know local brewers”, which we smoked last year thanks to other team members who – lucky for us – interview a bunch of said brewers and know them more intimately than the general public. We’ll likely start the day with some PoO visits before taking our seats and adjusting our crowns. 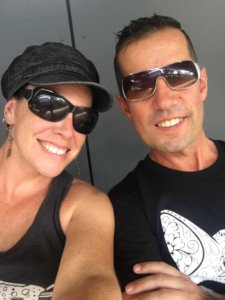 Thursday 21 March: After some PoO (it’s likely we’ll be making ourselves comfortable at Zero Fox most of the days) we’ll cleanse our palates and head to the IPA Masterclass @ Tippler’s Tap (Southbank), for some hoppy goodness! Looking forward to another night of education and exploration. This one really is for work and research purposes! Hops are widely used, universally loved, and yet there are so many endless flavour combinations that it’s always exciting to try more and explore the unique differences.

Saturday 23 March & Sunday 24 March: More brewery tours to be run, but more PoOs to visit! We’ll try and hit up some of the events in the evenings, including the closing party @ Saccharomyces hosted by Calibre and/or Garage Party 2.0 @ The Mill.

There we go, a quick rundown of our plans! Things change, though, so we’ll write a recap after the 24th.

See you around Brisbane!

Cheers and beers,
Matt and Jos